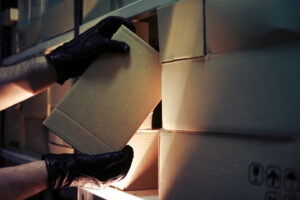 No one likes to be accused of committing a crime, especially one as serious as stealing. These are significant violations that can leave you worried about your future, perplexed about how to effectively defend yourself in court, and humiliated. You are not alone, which is excellent news. The good thing is that you can defend yourself. All you have to do now is call a criminal defense lawyer who will aggressively defend you. In Law Office of Michael L. Fell, you've found that counsel.

Robbery has a legal definition

Let's start with how the law in California defines robbery. It entails physically removing money or property from a person or inducing fear in order to remove the money or goods. If a person utilizes a gun or other form of dangerous weapon to commit robbery, the accusation will most likely be aggravated robbery or armed robbery. Note that robbery differs from burglary in that robbery necessitates the presence of a victim during the theft and that the person is threatened or assaulted.

There are two types of robberies

Keep in mind that this is a strike

Robbery is considered a violent offence by the courts. As a result, you will receive a strike under the state's three strikes legislation if you are convicted. If you have a serious crime on your record before being convicted of robbery, your sentence will be doubled. If robbery is your third violent offense, you might face a sentence of 25 years to life in prison.

You have legal rights

At Law Office of Michael L. Fell, we believe that no one should plead guilty to a robbery charge without first consulting with a criminal defense attorney. Even if you intend to plead guilty, we may be able to work out a lower charge that will not result in a strike. We may argue for evidence to be rejected based on how it was collected, or we may take your case to court, depending on the evidence against you.

Negotiating the finest feasible plea agreement may be the best option in other cases. You can depend on Law Office of Michael L. Fell to assist you no matter what your circumstance is. Please contact us as soon as possible at (949) 585-9055 so that we can begin working on your case. A free legal consultation will be the first step in the process.